The Innviertel stretches from Passau to Burghausen on the banks of the river Inn. The steady flow of water accompanies the life in the rich green landscape, it influences nature and culture equally. For considerable time the Innviertel has been known as a “beer region”, as brewing beer has a long tradition here. Until 1779 the Innviertel was part of neighbouring Bavaria, later becoming part of Austria. At this time the local Innviertler shared their knowledge with their Bavarian colleagues on how to brew the best beer.

From the original 14 breweries only two remain, that captivate with the unmistakable taste of hops and malt: They uphold the brewing tradition in the Innviertel. The liquid gold from the Innviertel breweries is both impressive and surprising. It is brewed to Bavarian tradition but also takes its own direction. Therefore many of the beer gardens are reminiscent of those in Munich, and connoisseurs may be able to detect a touch of Bavarian heritage in the barley juice. We in any case say: Cheers! !

The baroque town on the Inn attracts with its baroque town houses and traditional handcraft businesses, historical sights and lively hospitality industry: Whether it’s a cosy inn, distinguished restaurant or bars and pubs – enjoyment is refreshingly simple in Schärding! With a holiday at the Hotel Forstinger you are right in the middle of it.

Hotel near Passau - Where the Danube, Inn and Ilz unite, life flows merrily by: The old town of Passau lies spectacularly on a long drawn out peninsular between the Danube and the Inn. The castle grounds of Veste Oberhaus look down upon the historical centre, it’s not the only protected building of the town! Passau is only 20 minutes away from Schärding.

more
I would like…
…to explore the hotel
…to enjoy delicious breakfast
…to book for a business trip
…to make a non-binding inquiry
...to be guaranteed the best price 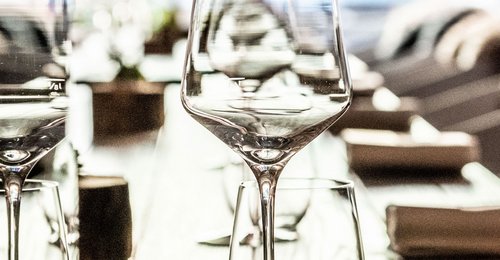